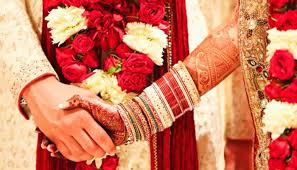 Does happily ever after really exist or is that just some silly phrase out of a fairy tale?

The fact is at no point in life can you be perfect at anything, but you can prepare yourself for the adventures of life.

And one of life’s biggest challenges is marriage!

Marriage is considered to be one of the hardest aspects of life to control and requires preparation emotionally, mentally and spiritually.

The old notion of “soulmate” is just overrated; “True soulmates” are the one you are married to no matter how unreal you might find them in the moment of aggression.

This is especially true as it is said that “true soulmates are not born but made!” It isn’t something that will happen in the first month, or even in the first year. It will take time, and patience, and commitment. It is believed that with the right amount of love, happiness, and communication anything is possible and your dreams of being together forever may one day come true.

I was married on 25th December 2015 and I have learnt both the numerous ways to destroy and build a successful marriage through “live experiences”.

Few months into our marital bliss, we sobbed on our couch with our heads in our hands. We fought numerous times and we made up even more. Each fight taught something new about each other and led to the reality check of ‘being married’. We disagreed on finances, our ideas of running the household, family, friends, even sometimes on our views about current news! Sometimes our fight led to other person jumping to conclusion without other completing the sentences. I found some his views unreal as he was sometimes stubborn and annoying during such fights and he might have felt the same as we never knew these aspects while we were dating!

Isn’t it during such fight we feel that this is not what I bargained my freedom for? Isn’t it during those hard times we do feel, marriages sucks and most often we assume the other person has changed or maybe we never really knew who they really were!

This happens because we often fold inside of ourselves these lengthy lists of qualifications, standards, and traits we expect the “right person” to meet. But the reality is there is no such thing as “right person” and this is because no one is perfect. There are in-built flaws in all of us and you just have to learn to live with it.

Do you really think there is any such thing as “the right person will come and wipe of your tears and your life will become magical”? Well NO! No one has that kind of power. How can one expect another person to encompass all of the ideals he or she is so grossly incapable of encompassing?

There are thousands of articles available that tell you ‘Dos and Don’ts of a successful marriage.  But the fact is every marriage is different and the rules cannot be same for all.

What I learned and still am is:

“Believe in your partner and their intentions like we believe in ourselves!”

This does not mean turning a blind eye but it only implies considering them as part of you and trusting their actions even at a point when you know you are on the verge of breaking.

I strongly believe after being married to the person I love the most now is “No matter how wonderful he is, he isn’t a knight-in-shining anything because I am certainly no princess either!” And it would be unfair for me to expect him to be.

I am a dentist and a researcher by profession. Writing has always been my passion and I enjoy writing about anything that I see or hear, something that has touched my heart and mostly on something that you can always relate to. I love to travel and explore the unexplored and am a big time foodie. I will sign off now with a note "Keep enjoying life! View more posts

2 thoughts on “The Perfect Marriage”